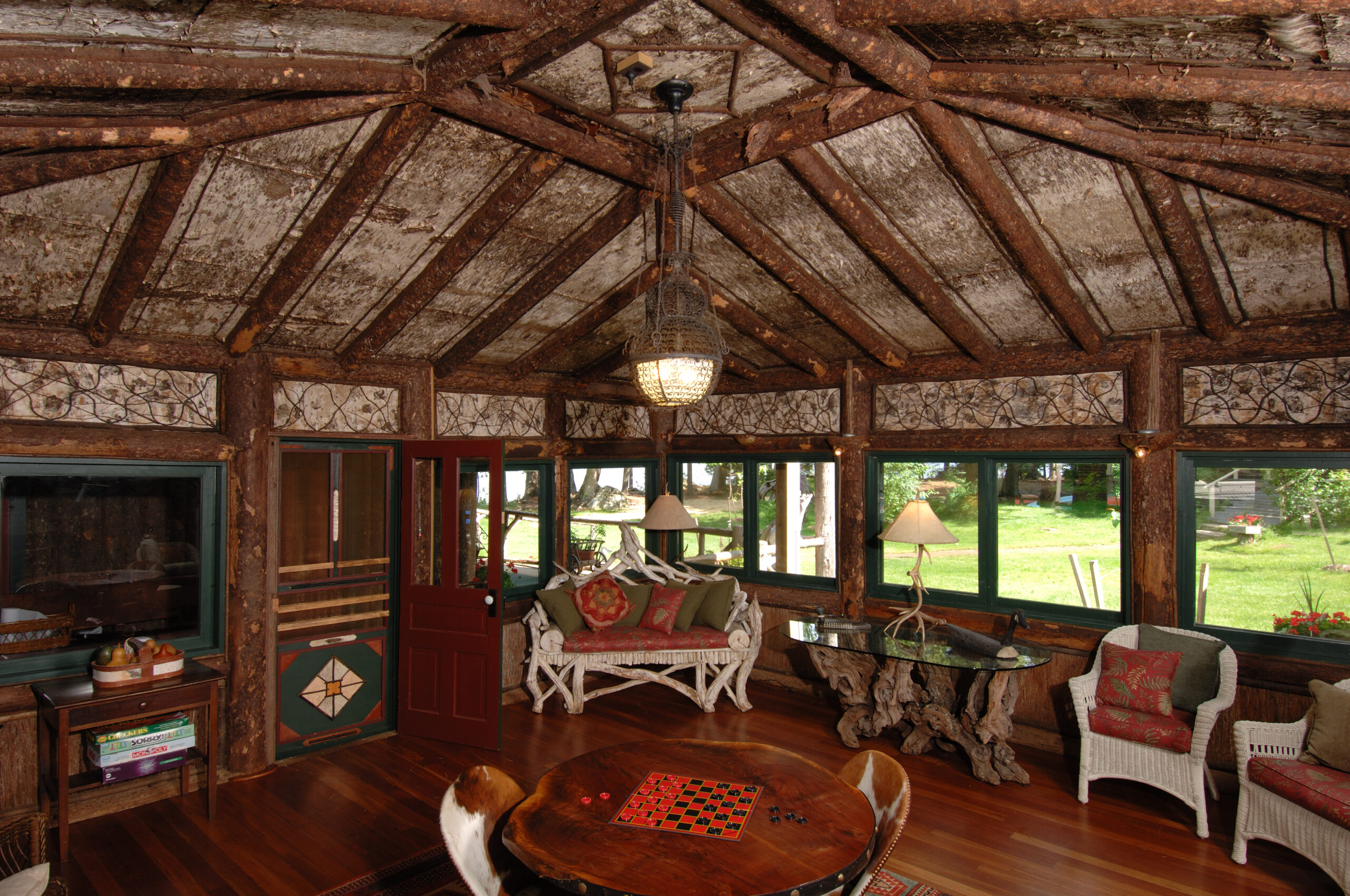 Proclamations were made by the New York State Senate and Assembly, the County of Hamilton and the Town of Indian Lake in recognition of the first guests being welcomed at The Hedges on this day in 1921!

“The Hedges: The Story of Twelve Precious Acres on Blue Mountain Lake” book has been been published!

The twelve and one-half acres, including 1,500 feet of lakefront, that make up The Hedges rustic resort on Blue Mountain Lake were once part of a large tract acres that Hiram Duryea amassed starting on August 1, 1880. When the Main Lodge was completed in 1881, it became known as the Duryea Camp.

Duryea, born on August 12, 1834, had a remarkably successful career in the military, progressing from the rank of Captain in 1855 to the rank of Lieutenant by September 1862. Colonel Duryea commanded the 5th New York Infantry known as Duryea’s Zouves during the first part of the civil war. In November of 1862 he was forced to resign from the Army of the Potomac due to ill health. In March of 1865 Duyea was brevetted Brigadier General by Congress for his “distinguished conduct at the battle of Gaines’ Mill, Va.”

After his military career Duryea joined the family business eventually becoming President of the National Starch Company in 1890. His tough determination combined with the talents of his brilliant son, Chester were the elements of his success in the starch industry. Chester discovered new uses for corn starch. Using his shrewd business sense Duryea parlayed his son’s ideas into millions of dollars.

This property on Blue Mountain Lake was Duryea’s escape from the too-civilized society of New York City. None of the buildings he erected here were equipped with either plumbing or electricity. He was known to have said several times that, if he could not live for the summer without indoor plumbing or electric lights, it was time for him to die.

The Main Lodge was the first building built on the property. It was built over the span of two years, beginning in 1880. It features traditional Adirondack style and woodworking along with a French influenced roof line. The Stone Lodge, made with large hand cut stones and imported Californian Cyprus shingles was built some years later for Duryea’s nephew who was paralyzed from the neck down. This building is less rustic with oak lined walls and floors. A 2-story caretaker’s cottage, now known as the Upper Cottage, was built in 1890 along with a horse barn and a carriage house. All of these buildings were erected for an estimated cost of $80,000.

General Duryea not only had a reputation as a clever businessman but was well known as being stern and demanding of his subordinates. During the winters while he was in New York City, he wrote monthly letters to his foreman complaining of the slowness and apparent laziness of the local workers. These workers were not lazy when Duryea was in Blue Mountain Lake because he drove them hard. Not one stone or log could be put in place without his approval. A worker, who grew weary of Duryea’s meticulous demands, cut a stone on his own and put it in place without first receiving approval. The Colonel discovered the errant stone and made the mason remove it and replace it with one of his specifications. The mason cut the new stone then promptly threw it into the lake. Needless to say, Duryea fired the man on the spot. There was a method to Duryea’s madness, however. If you look at the outside walls of the Stone Lodge, you will see he incorporated designs into the stone – an eagle, a cat, a turtle, Blue Mountain and many other things to discover.

On August 26, 1920 an auction was held to sell the Duryea property. After the General’s death, his wealth was lost in bad investments and unpaid bills. The auction attracted a small group of people with only two active bidders. The bidding began at $20,000. Richard J. Collins of nearby Raquette Lake purchased the property at that auction for only $22,000.00. Richard Collins was the caretaker for the Vanderbilts at their camp here in the Adirondacks known as Great Camp Sagamore.

The property was given the name of The Hedges on Blue Mountain Lake (Adirondack Mountains) and received its first guests as a hotel on May 28, 1921. The Vanderbilts had asked Mr. Collins to stay three more years with them, so he leased the property to a local resident who ran the business on a year-to-year basis. Because there was no plumbing or electricity, the first guests were attracted to The Hedges for the wild beauty of nature in a very rustic setting.

When Mr. Collins became personally active in the management in 1924, the Dining Room Lodge was built. At about the same time construction was begun on the first three lakeside cabins. Construction continued until the full complement of 15 cabins was completed. Slowly, The Hedges evolved from an almost pioneer-like way-station to a well-known camp where people came to experience the mountainous vistas and the quiet restfulness of Blue Mountain Lake.

Richard J. Collins died in 1943 and his son John took over full management until 1973 when the Collins family sold The Hedges to Mr. and Mrs. Richard J. Van Yperen.

The Van Yperen family maintained the quiet charm of the lodges and cottages for 27 years until selling the property in April of 2000 to Rip and Pat Benton from Highlands, NC.

Since acquiring The Hedges the Bentons completed many restoration projects. After Rip Benton passed away in 2002, Pat continued to improve and preserve the property for generations to come, and worked to have the property placed on the National Register of Historic Places.

When Pat expressed that it was time to decrease her schedule, more than 60 loyal “campers” organized and funded The Hedges on Blue Mountain Lake, LLC to purchase the property and business. In March 2018, ownership transferred to the LLC and its Steering Committee continues to work with on-site Management.